Most people will, at some point in their life, experience back or neck pain. Many people go under the knife for back surgery thinking that surgery is going to be the magic bullet that fixes all of their problems and that the results will last forever. After many of these back surgeries fail leaving patients in the same amount of pain or even worse, patients wonder if they shouldn’t have exhausted all of their nor-surgical options first. Now, unfortunately they have scar tissue and sometimes even rods, screws, or metal which may disqualify them for many effective treatments such as spinal decompression.

With many research articles showing the success rates of spinal surgery to be between 25% and 65% is it possible that we are not on the right track recommending surgery as much as we do?

Here’s an excerpt from an article that appeared on Boston.com, about a report from the Journal of the American Medical Association. The article claims that while we are spending astronomical sums on back pain relief...the problem is not getting any better. “The traditional solutions simply DO NOT WORK!”

“We’re putting a lot of money into this problem...but we’re not seeing health status commensurate with those investments...The nation is losing its battle against back pain.”
~ Brook I. Martin, Department of Orthopedics and Sports Medicine at the University of Washington

Some doctors have questioned whether surgeries, injections, and narcotic pain medications are being used inappropriately. “I think the truth is we have perhaps oversold what we have to offer,”
~ Richard A. Deyo, Oregon Health & Science University in Portland

“[A]ll the drug treatments, all the operations have some benefit for some patients. But I think in each of those situations we've begun using those tests or treatments more widely than science would really support.”
~ Richard A. Deyo, Oregon Health & Science University in Portland

It is important to remember that for a small group of patients surgery is necessary and the only option. However many people and doctors would agree that only after all conservative, non-surgical options should be exhausted before considering surgery.

For example, Eugene Carragee MD, of Stanford University performs spinal surgery only on a select group of patients who he carefully screens. His conclusions:

Less than 25% will be completely successful (even after carefully screening them). For the majority of the patients, the surgery does not have a dramatic impact on their pain or mobility a patient’s prospect for a future free from back pain is “fairly poor”.

Another Doctor had this to say about surgery. “If you have a screwdriver, everything looks like a screw. There will be a lot of people doing the wrong thing for back pain for a long time until we get it figured out. I just hope we don’t hurt too many people in the process”.
~ Spine, December 2001 Issue, Dr. Seth Waldman Sees patients of failed surgery at Hospital for Special Surgery.

The April 8, 2002 Issue of New Yorker Online Magazine found that of patients who had Spinal Surgery... 72% Needed Further Surgery!

If you have experienced a failed back or neck surgery and your pain or other symptoms have not resolved from your surgery, please call our office for a consultation. The doctors will review your MRIs and other tests, and will help you determine if you are a qualified candidate for spinal decompression or our Protocol. 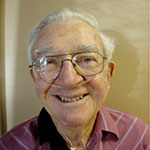 “After 2 failed back surgeries in 2000, I still had severe pain and I was informed no further surgeries would help. I had extreme pain while standing and walking. The pain was constant and was an 8-10 on a scale of 1 to 10. An Orthopedic test indicated that there was nothing more that could be done. Other than back surgery, I tried epidurals, steroid shots and pain meds. My experience ... was outstanding. Everyone was friendly and very efficient. The Consultation was very informative. ... The goal has been met. Hooray! It has been an amazing experience. I can walk better, am reduced to a level “3” pain while standing, have less stress and have a better outlook on life. We were informed it would be about 6 weeks and that has been the time to be in an almost pain-free status. I only wish I had known about Spinal Decompression before going under the knife because I really feel that I wouldn’t have needed the surgeries that didn’t even help.”

Below is a video featuring Orthopedic Surgeon Dr. Timothy Kremchek, MD on IDD Therapy as seen on ESPN, HBO, USA Today, and Sports Illustrated. IDD Therapy is one of the therapies utilized at the Minnesota Disc Institute. 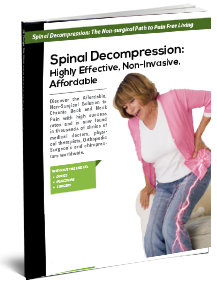 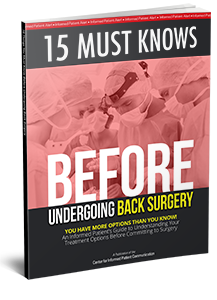 Discover How Spinal Decompression is Changing the Way Neck and Back Pain Have Been Treated without Drugs, Pills, Shots, or Surgery.

Visit us in Clondalkin

How Do I Know If I am Eligible For Care?

Call Us Today to Schedule YOUR Consultation!

Call us to schedule a consultation to determine if you are a candidate for Spinal Decompression and our multi-step Protocol.